iPhone and iPad users unlock their devices at least 100 times per day (36 Trillion annually). Device interactions such as app, messaging and camera usage, are an "order of magnitude higher". [1]

Explore interesting locations worldwide with amuz on iPhone and Android. 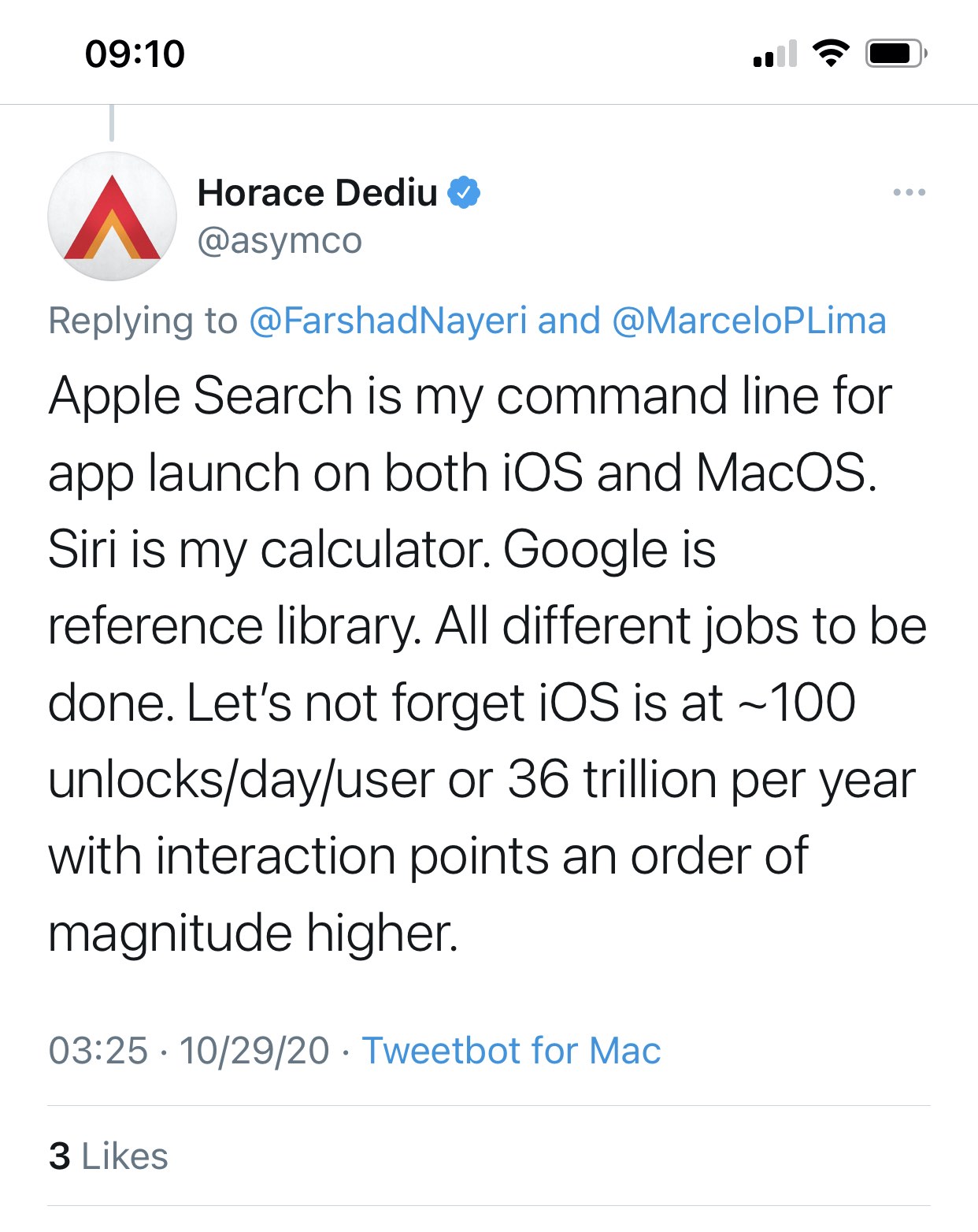 Most significantly, iOS 14 nudged aside Google for certain search functions. Queries made in the search window accessed by swiping right from the iPhone’s home screen — which Apple calls the “Today View” — show an Apple-generated list of search suggestions rather than Google results. These results include “autocomplete”-style suggestions generated by Apple, showing that it is learning from its 1bn users’ most common queries.

3. Apple, Google and a Deal That Controls the Internet by Daisuke Wakabayashi and Jack Nicas