The 9-foot statue was sculpted by Spanish artist Josep Maria Subirachs and his associate, Francesc Carulla. It was given to the State of California by the autonomous region of Catalonia in Spain in 1988. Catalonia was the birthplace of Don Gaspar de Portola, leader of the expedition responsible for the European discovery of San Francisco Bay. The explorers camped on the beach near the statue site (erected in the public parking lot at Crespi Drive and Highway One.) and later journeyed up the hills to Sweeney Ridge.

The Portola expedition was well documented. Over two hundred years ago, the Spanish expeditionary force "missed their turnoff" at Monterey Bay and ended up in what is now Pacifica. Aided only by a mariner's navigation handbook of the Alta California coastline, Captain Gaspar de Portola and his party set out to map the land route from Baja California to Monterey Bay.

In 1769, Spanish leaders sent Captain Juan Gaspar de Portolá to lead an expedition to stake claim to southern and central California. Portolá and his party of sixty men (with a caravan of 200 horses and mules for riding and the pack train) came from San Diego in search of Monterey Bay, but from their overland approach, they failed to recognize it. The expedition members were hungry, lost, and sick after six months journey. They were assisted by Native peoples along the way, and the local Ramaytush Ohlone people warmly greeted and fed them.

For millennia the Ohlone people followed seasonal rounds of hunting, fishing, and managing the land for their needs. In 1769, about 2,000 Ramaytush Ohlone people inhabited the San Francisco Peninsula, living in a network of ten independent tribes. The Aramai tribe, of modern-day Pacifica, accompanied the explorers to the top of Sweeney Ridge, where the Portolá party became the first Europeans to see San Francisco Bay. The Spanish “discovery" of San Francisco Bay would soon mean the loss of Ohlone lives, homelands and traditional ways when Spanish colonization started seven years later.

‘HISTORY IS NUANCED AND OUR STATUE IS NO EXCEPTION’

Recently, communities throughout the United States have been examining whether some existing statues and monuments are not appropriate and therefore should be removed.

As part of this broad issue, the statue of Gaspar de Portolá (at the intersection of Highway 1 and Crespi Drive near the Pacifica Community Center) has become a focus of attention. A recent July 22nd Pacifica Tribune featured interviews with Danielle Gustavson and Jonathan Cordero about their requests to remove the Portolá statue including a petition.

The Pacifica Historical Society wants people in Pacifica to become more educated about the history of the statue itself, as well as learning about the impact of Spanish colonization on native populations.

History is often nuanced and complicated, and the background story about our statue is no exception. It involves significant state and international connections.

Tribune: What is the goal?

Gustavson: In light of the hate crime inflicted upon George Floyd, it is our intention to address racial inequality through statuary in our own community, and in doing so, try to transform it. We cannot move forward and heal wounds of the past and present, if we as a community continue to choose to ignore and glorify a past built upon the oppression of marginalized peoples.

Tribune: What statues concern you?

Cordero: The Junipero Serra statue on I 280 and the Gaspar de Portola statue in Pacifica. Jonathan-Cordero-1

Gustavson: Statues that offend marginalized peoples are a concern, if that community also claims to believe, “All men are created equal.”

Cordero: Portola was a colonizer of Native peoples. The Portola Expedition began the process of Spanish colonization in California.

We, the undersigned, are calling for the removal of the statue memorializing colonizer Gaspar de Portola. The highly visible statue is located in one of the most frequented public spaces in Pacifica, next to Highway 1, Linda Mar Beach and its Community Center.

Gaspar de Portola was not the hero that people were led to believe when his statue was first erected. He was a colonizer born of Catalonian nobility. He was commissioned by the Spanish Crown to create a route for the Spanish settlement in California. The intent was to remove Native Americans from their ancestral homelands. The route Portola is given credit for was established on pre-existing Native trails. He did not “discover” Pacifica, nor did he “discover” the San Francisco Bay. The San Francisco Bay region had been inhabited for thousands and thousands of years by Native Americans before the arrival of Portola.

Pacifica was home to the Aramai, a distinct tribe among dozens of independent Ohlone tribes Native to the Bay Area. They inhabited Pacifica for over 3,000 years before Spanish colonies decimated their people, language, history and culture.

Be on the Right Side of Pacifica's History: Remove the Statue of Colonizer Portola
at June 20, 2021

Museums that surprise - and teach!

Point the iPad at different locations on the giant screen and learn about software applications for agri-business. 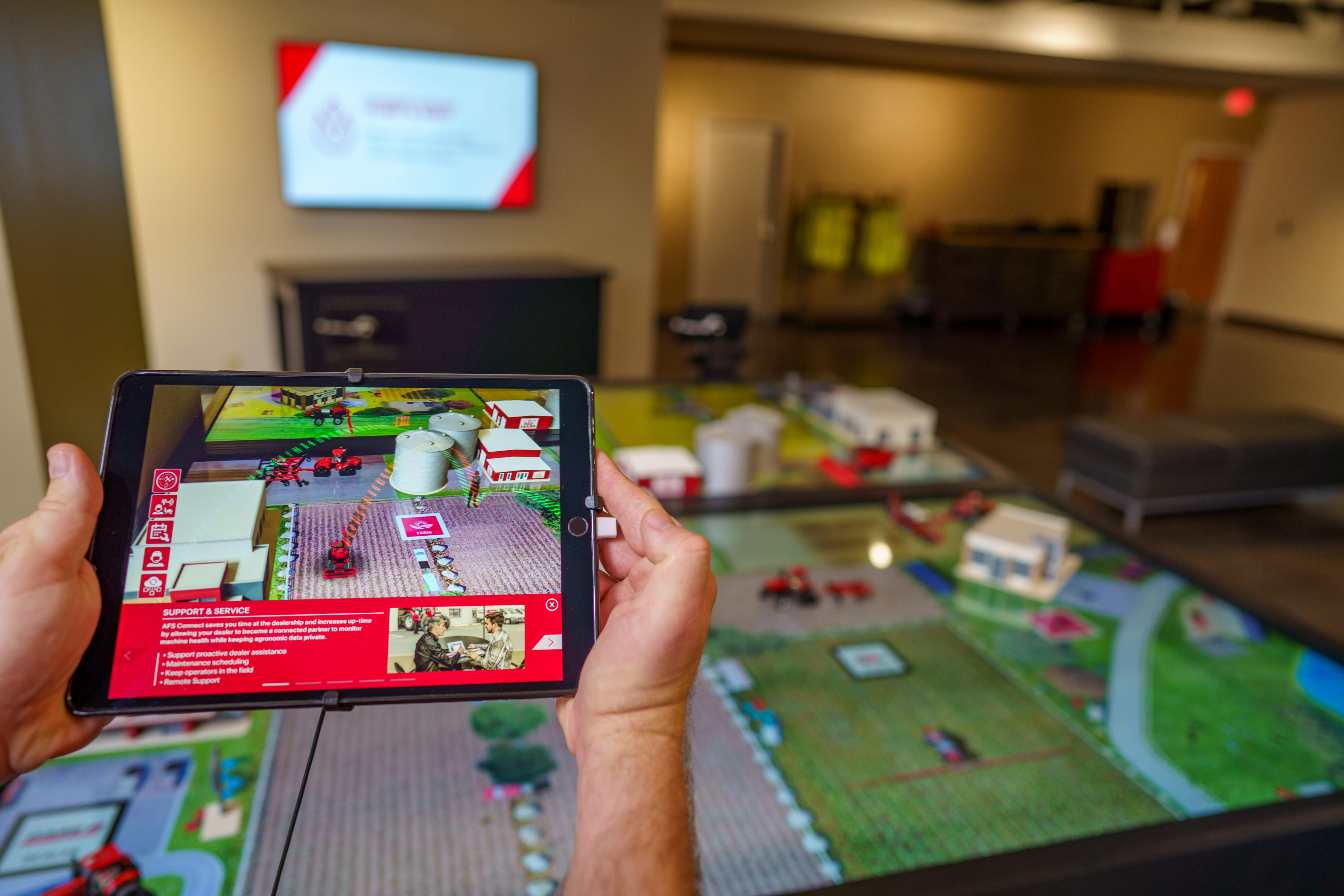 Of course, the experience included tractors produced over the years and a Case car.

The company is a leading supplier of agricultural and construction equipment. Competitor John Deere offers product and museum venues in Moline, IL and Waterloo, IA. Explore those locations in amuz: iPhone Android

A distant observer of this market, I have long been somewhat amazed at the proliferation of models and price points in the midst of massive farm consolidation.

I learned that the market for > 140hp tractors is around 7,000 units annually. I've plotted price and horsepower charts below: 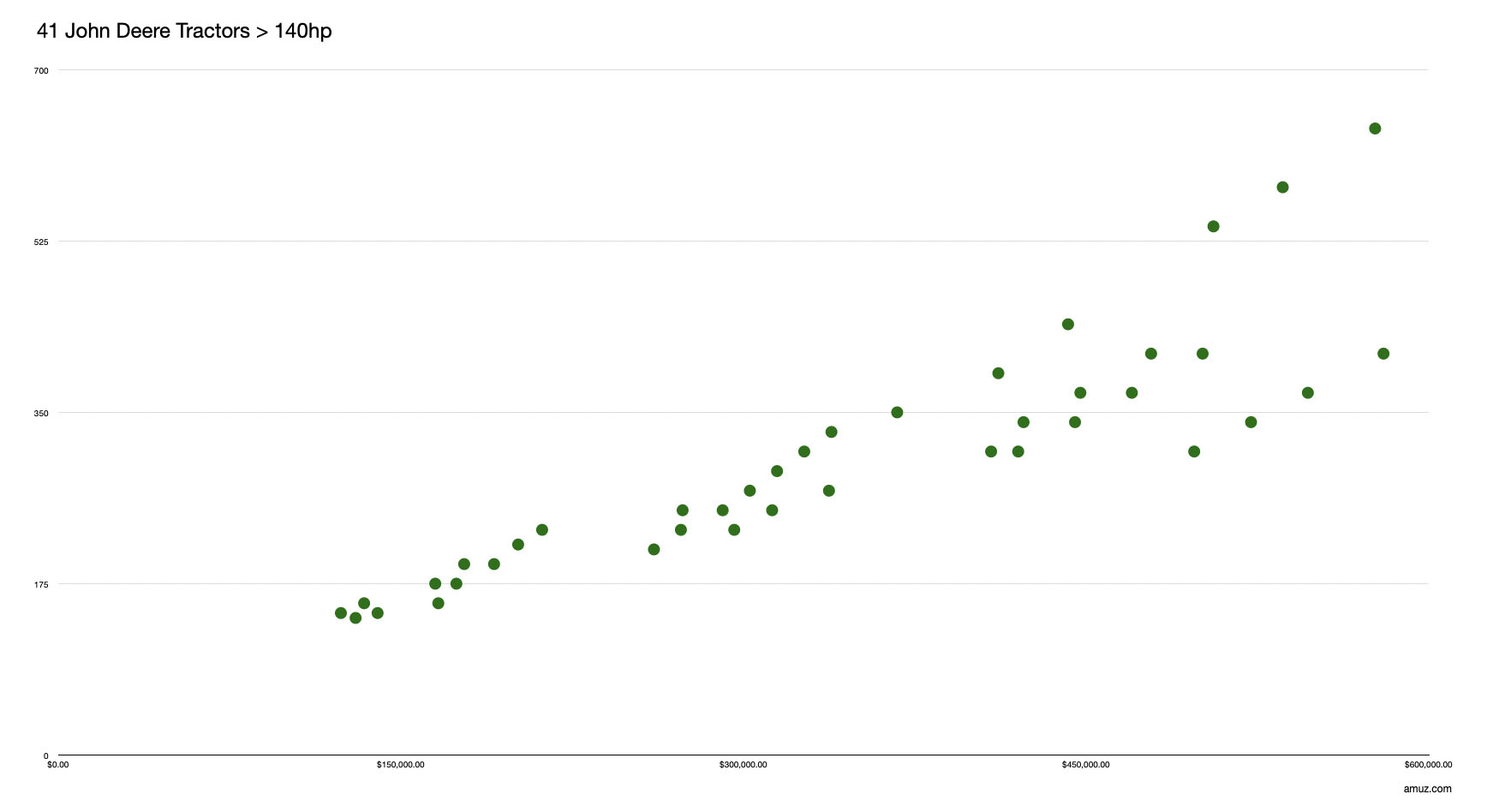 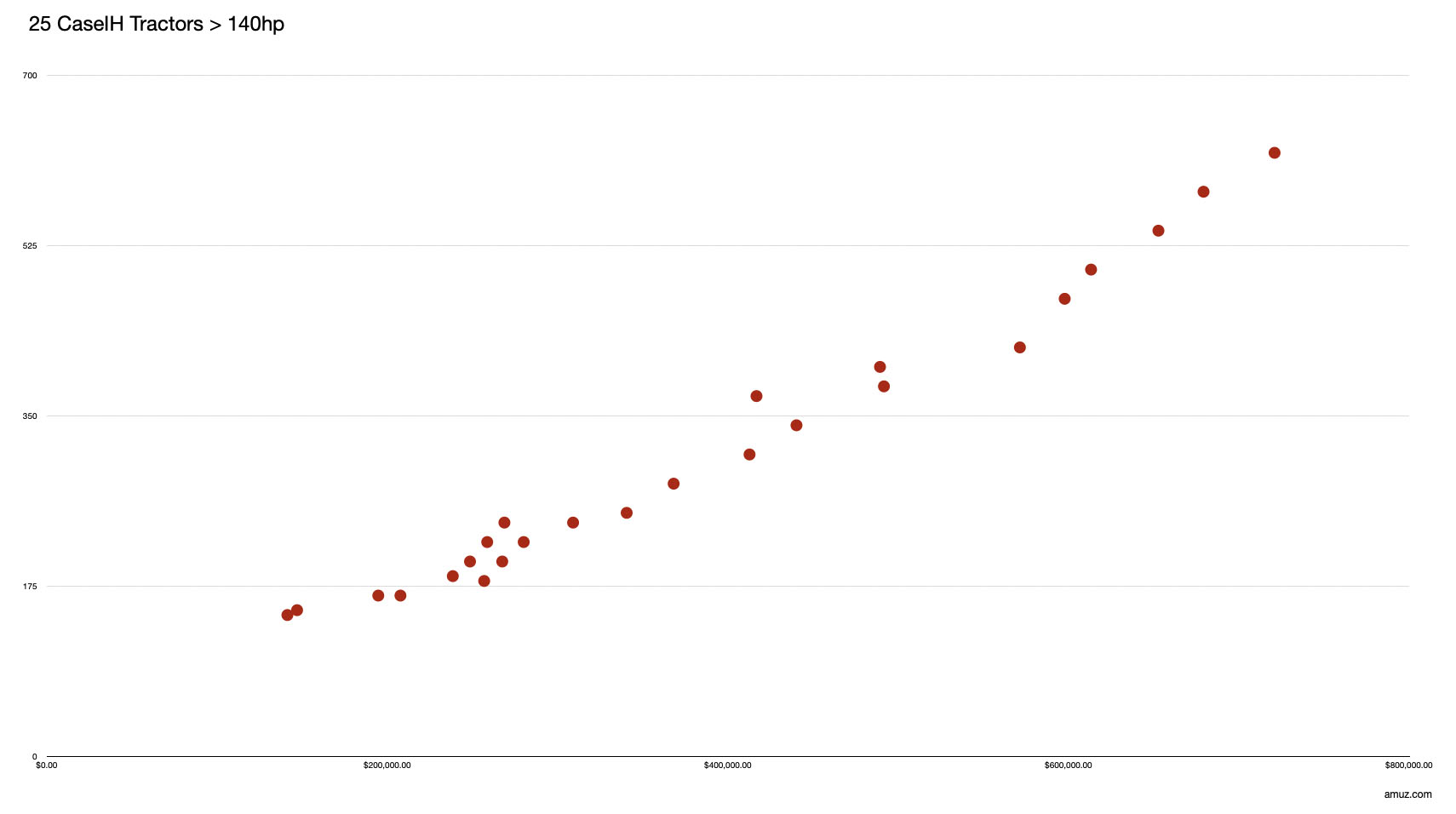 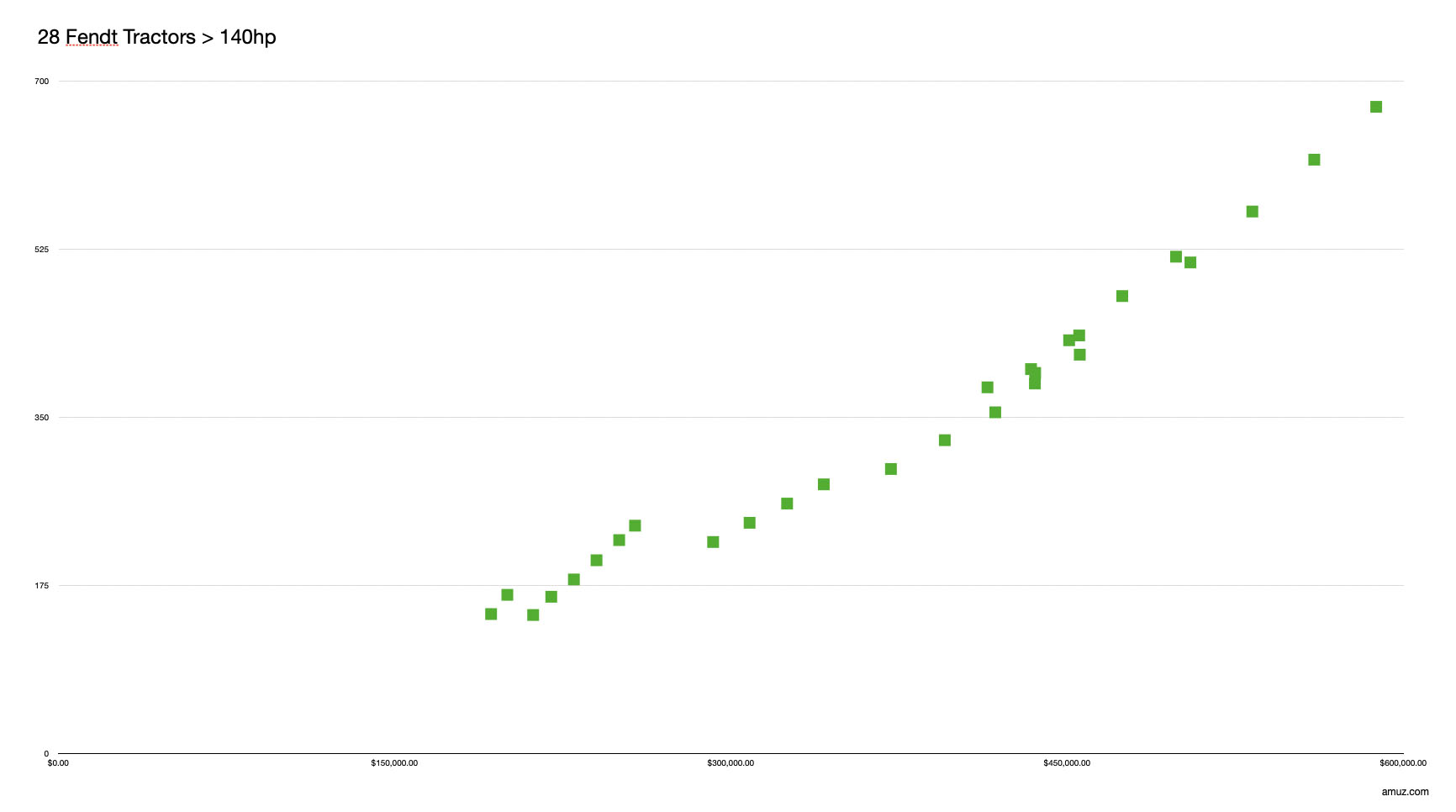 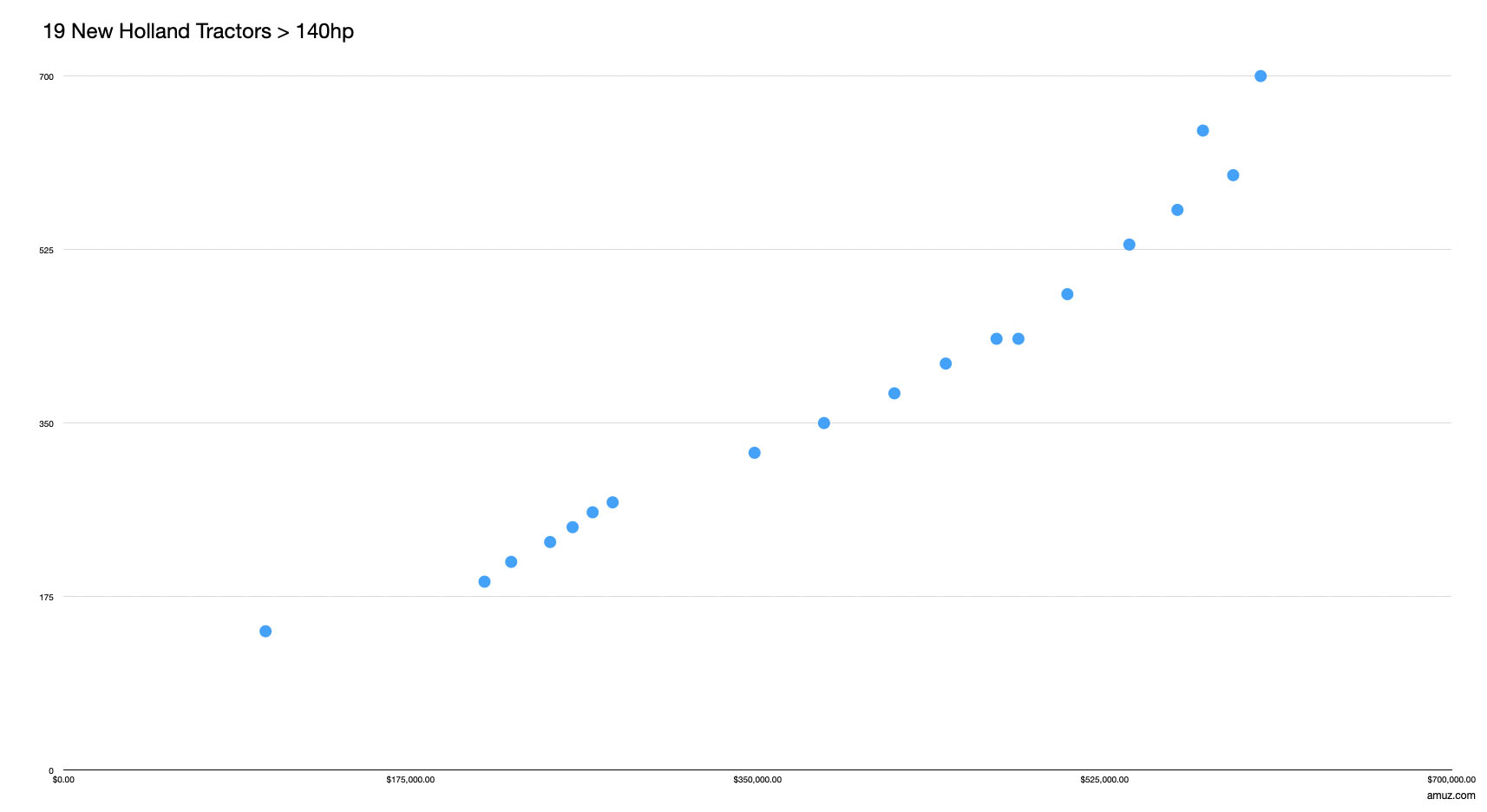