Books That Take You Away

We are sympathetic to book store distractions.

A recent (crowded) walk through what some consider the world's most beautiful book store - Porto's Livraria Lello - adds to the allure. 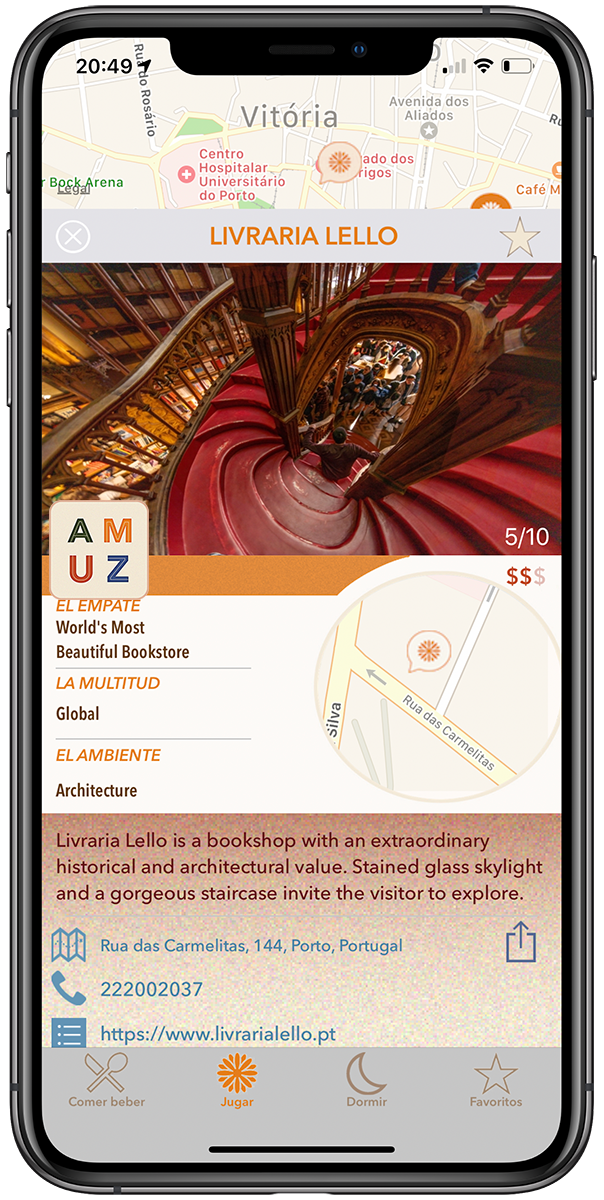 Perhaps a few of these titles might be of interest during our "Safer at Home" time.

The Places in Between by Rory Stewart (Afghanistan)

The Prince of the Marshes: And Other Occupational Hazards of my Year in Iraq by Rory Stewart (Iraq)

Istanbul: Memories and the City by Orhan Pamuk (Turkey)

Pillars of the Earth by Ken Follett (England)

Under the Tuscan Sun by Frances Mayes (Italy)

My Year in Provence by Peter Mayle (France)

Paris to the Moon by Adam Gopnik (France)

My Sister, the Serial Killer: A Novel by Oyinkan Braithwaite (Nigeria)

The Long Walk to Freedom: The Autobiography of Nelson Mandela (South Africa)

Memoirs of a Geisha by Arthur Golden (Japan)

The Return: Fathers, Sons and the Land in Between by Hisham Matar (Libya)

The Pilgrim's Progress from This World, to That Which Is to Come by John Bunyan

The Food of Sichuan by Fuschia Dunlop (China)

The Anarchy by William Dalrymple ( India )

Under Red Skies: Three Generations of Life, Loss and Hope in China by Karoline Kan (China)

Stillwell and the American Experience in China by Barbara Tuchman 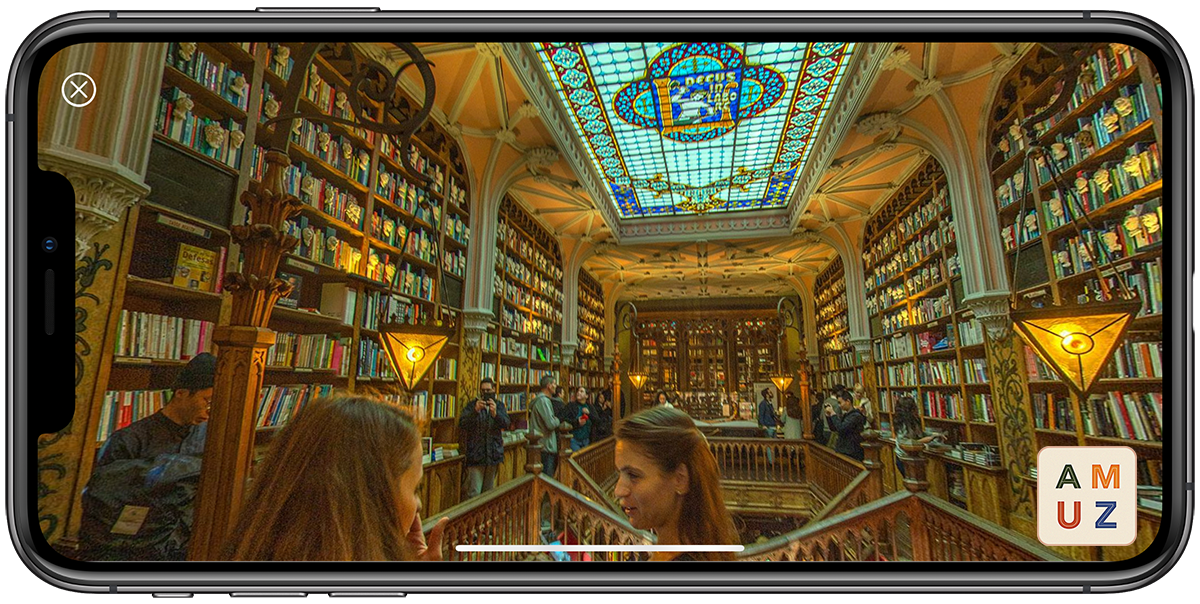 Located 100 km northwest of Shanghai, Suzhou is a very popular Chinese tourist destination. Boat tours are offered along the picturesque canals. Some writers have compared it to Venice. Red lanterns hang from shops and bridges. The city offers no shortage of shopping and dining options.

The biggest tourist draw is the Suzhou Museum. 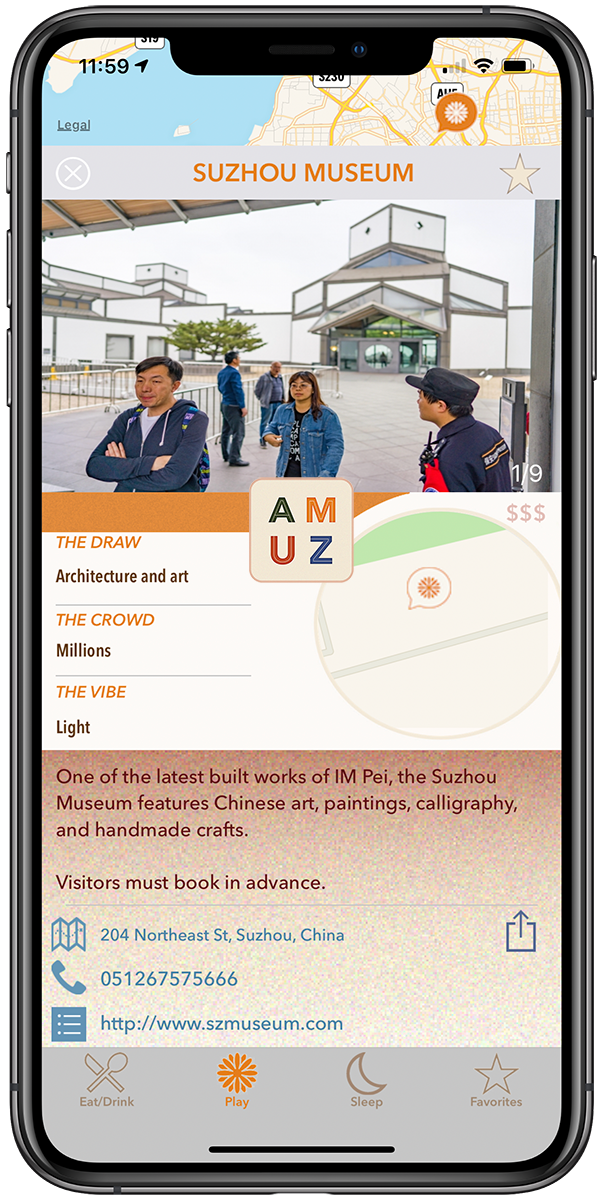 We arrived with enough time in Suzhou to see the city museum, enjoy a meal and take a stroll along the canals. Much to our chagrin we learned that only a few weeks earlier an advance ticket policy went into place. There were no available slots to tour the I. M. Pei designed building and gardens.

As consolation, we sought lunch. We discovered a place named “Jane’s Kitchen” not far away with solid Yelp reviews. “Jane” is a family name which we took as an encouraging sign.

We were delighted with the food. 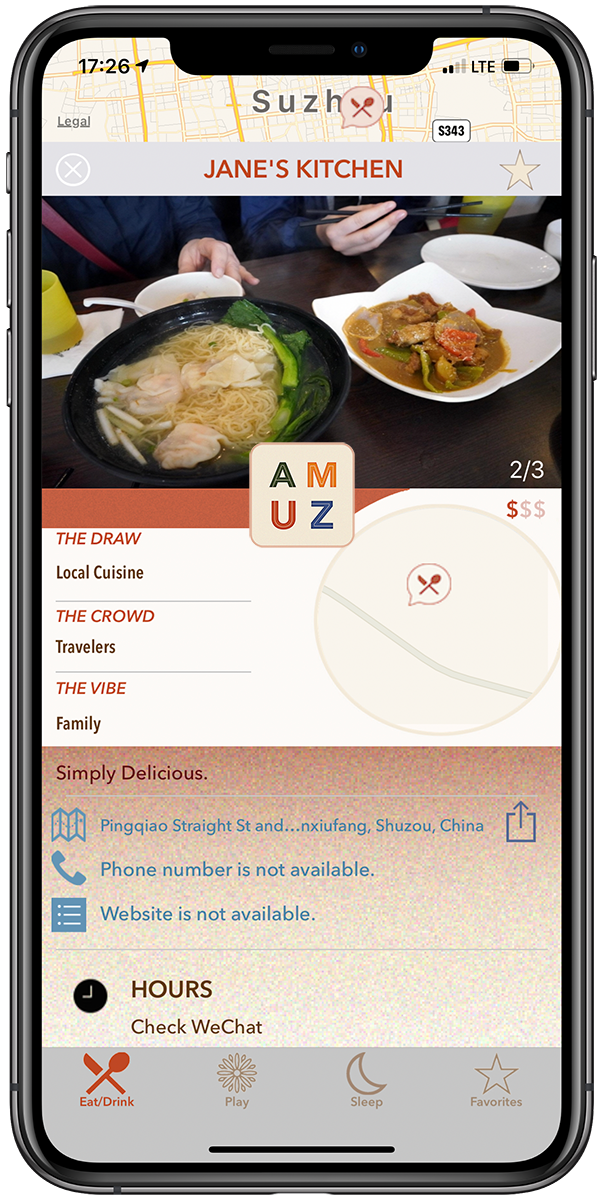 What was most exceptional was the hospitality of the family who owned and operated the business. When they asked where we were from and what we planned to do, we mentioned our original intention of seeing the Suzhou Museum. Jane immediately suggested that after they ate their family meal and closed the restaurant, she would take us on a walk to a local education museum. 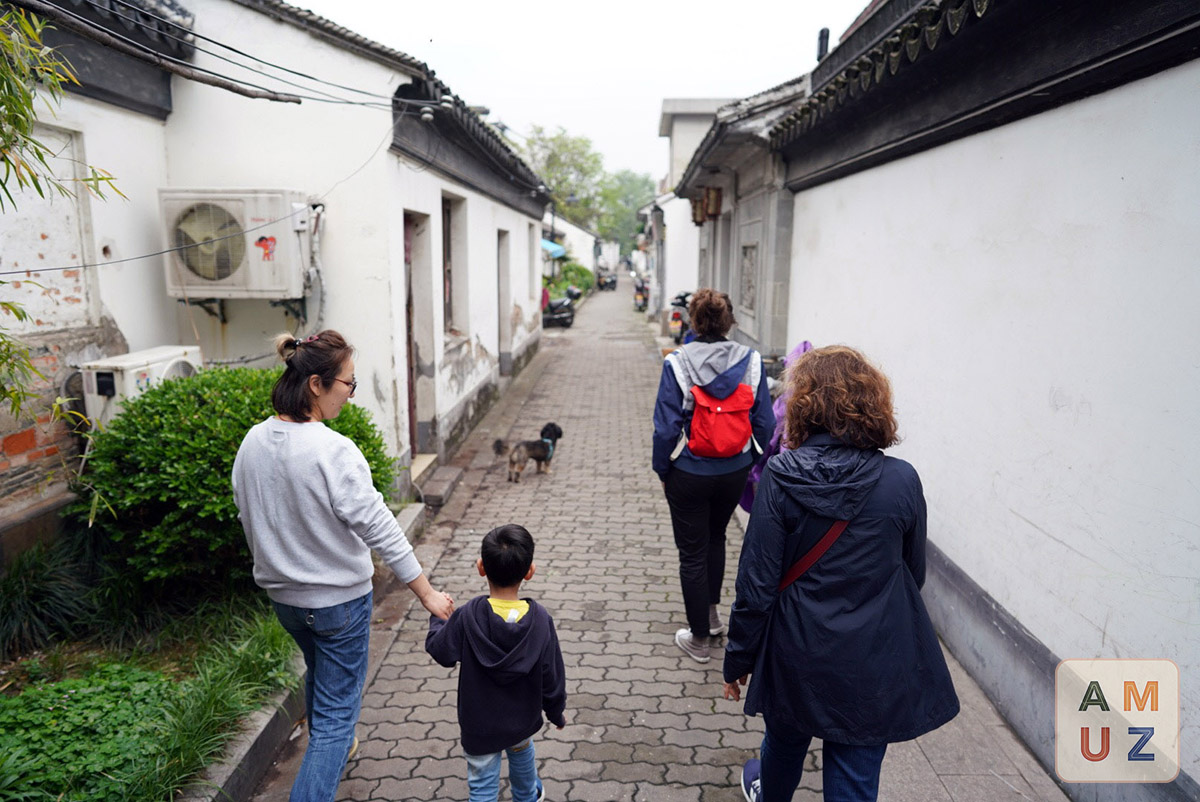 Jane and her 5 year son guided us down a few back alleys until we reached the Education Museum, which was housed in a lovely former mansion. The architecture alone was fascinating. The museum was not on a map and without her local knowledge we would have missed the experience. How cool to see education and achievement promoted from a historic perspective. 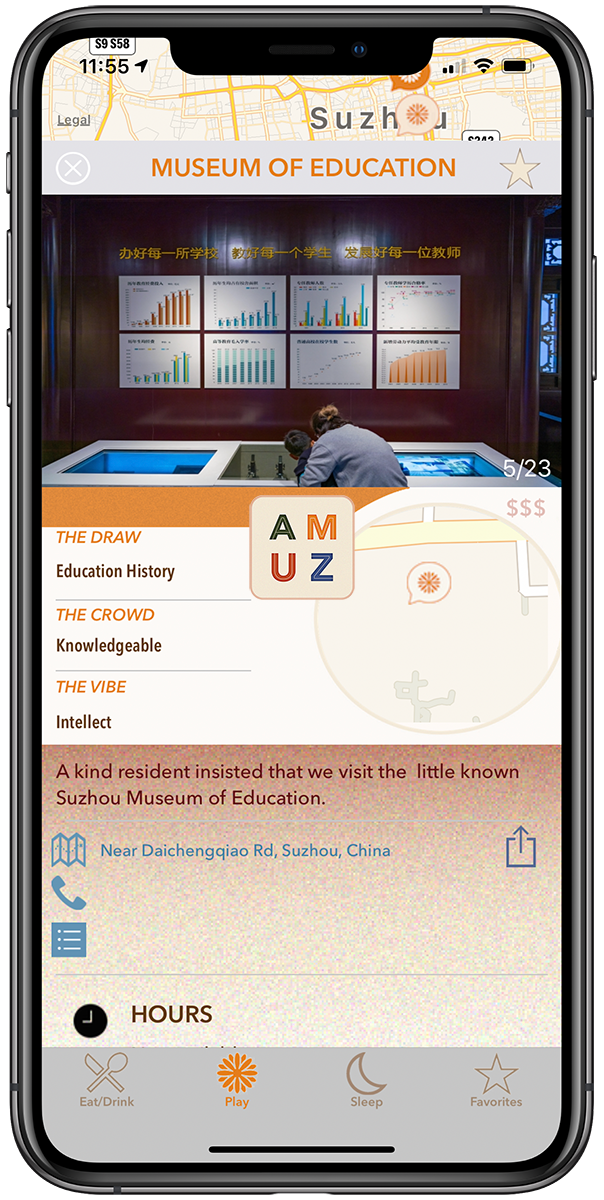 Jane’s English facilitated an engaging conversation about running a business and balancing being a mom. She works six days a week and her inlaws deliver and pick up her son from school every day. Mom guilt is not evidently universal. We giggled when I noted that all the esteemed scholars who made contributions to the Chinese education system were men. Our daughter, an experienced babysitter, bonded with her son as they attempted to shoot each other with webs a la Spider-Man. Hollywood blockbusters are universal as well. 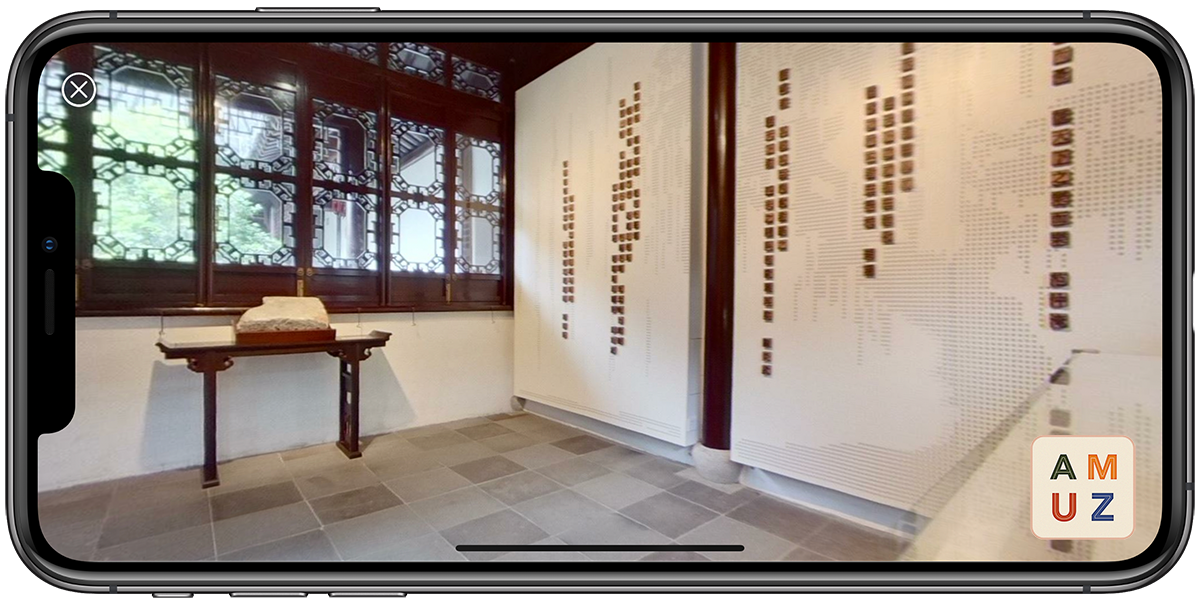 We travel to broaden our perspective.

We purchased a world map puzzle that day which was centered on Asia. It was a good reminder that we all harbor our own ethnocentrism. The unexpected itinerary was a timely reminder to let go of preconceived notions about a country or culture. Asia is so populous it is easy to view the crowd and miss the personal connections.

I think of Jane with fondness and hope she and family are well.

It is worth stating the obvious during the global Coronavirus 19 pandemic that the Chinese people do not deserve to be vilified about transmission of a deadly virus.

Thanks to Jane and her family for showing us such warm generosity and human kindness. 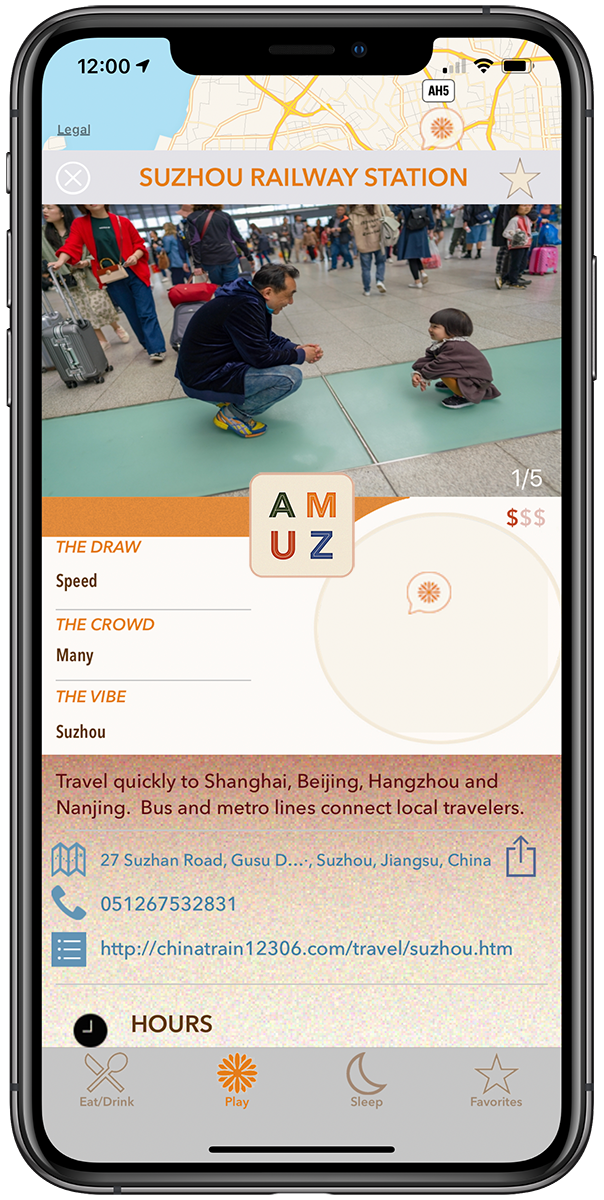 Explore Suzhou, and the world with the amuz app: iPhone/iPad Android.

Experience while charging: “People stop for a comfort break rather than a fuel break"

"will the electric car mean the end of the road for roadside refuellers?

“[It’s] a phase of vehicles which is going to look like Blockbuster versus Netflix . . . they don’t coexist for any material amount of time,” he said, referring to the speed with which Netflix dispatched its erstwhile brick-and-mortar video rental rival.

Most petrol stations’ profit comes from selling food, drink and tobacco, not fuel. Only 38 per cent of profit dollars from American petrol stations came from fuel sales, according to the National Association of Convenience Stores, a US industry group." [1]

What will happen to the Wawa's and Kwik Trip's of the world? How will they evolve (will they?) as Electric Vehicles (EV) become more common? Will destination experiences drive charging choices?

I considered these opportunities while driving Wisconsin's driftless region [2] recently. 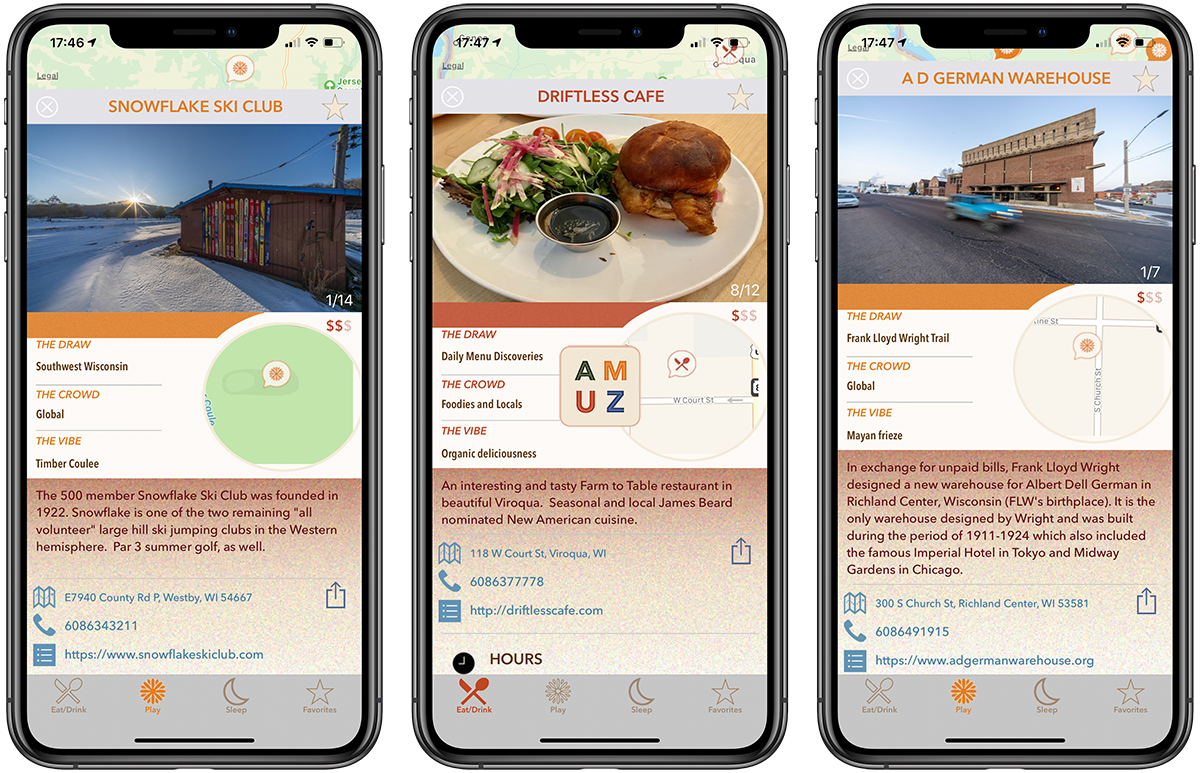 One of my routes included a return to Madison from La Crosse via Sparta and Mauston. 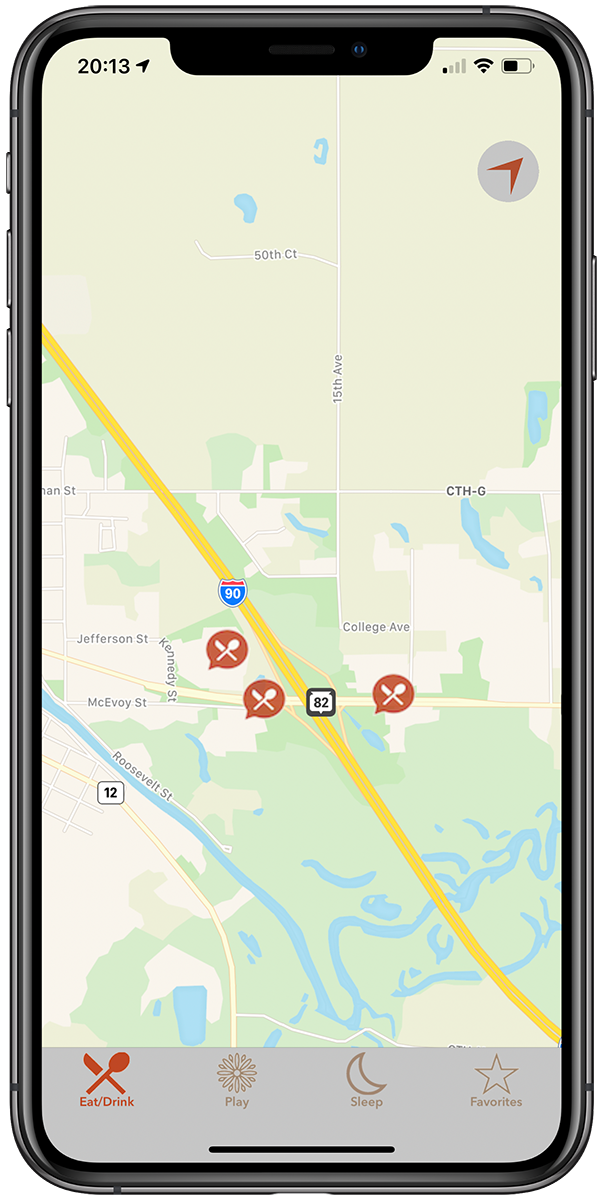 Sparta promotes itself as "The Bicycling Capitol of America". A museum celebrates both cycling and one of the original NASA Mercury Seven Astronauts: Deke Slayton.

Travelers needing fuel, or a charge, may find the nearby Kwik Trip useful. Beyond an impressive selection of fruits and vegetables - and road trip necessities - Kwik Trip offers a sea of gasoline and diesel fuel pumps plus a charging station of sorts complemented by a picnic table. 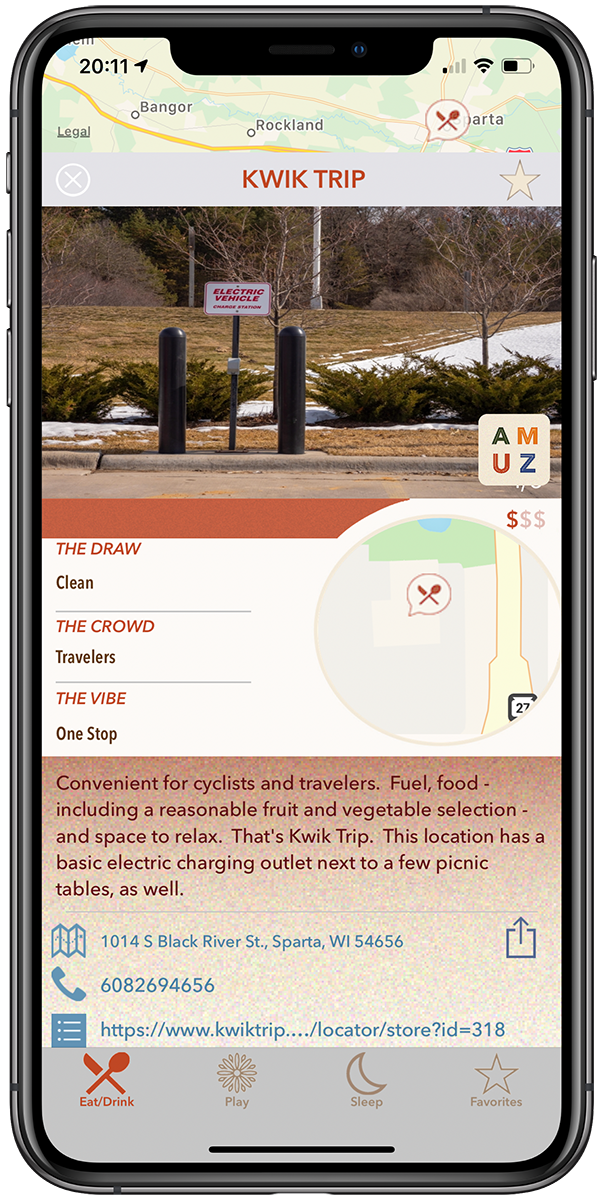 Just across the road, Tesla Superchargers and a dog walking area are complemented by a Culvers. Butterburgers while charging. A well stocked Carr Valley cheese outlet is a short drive away. 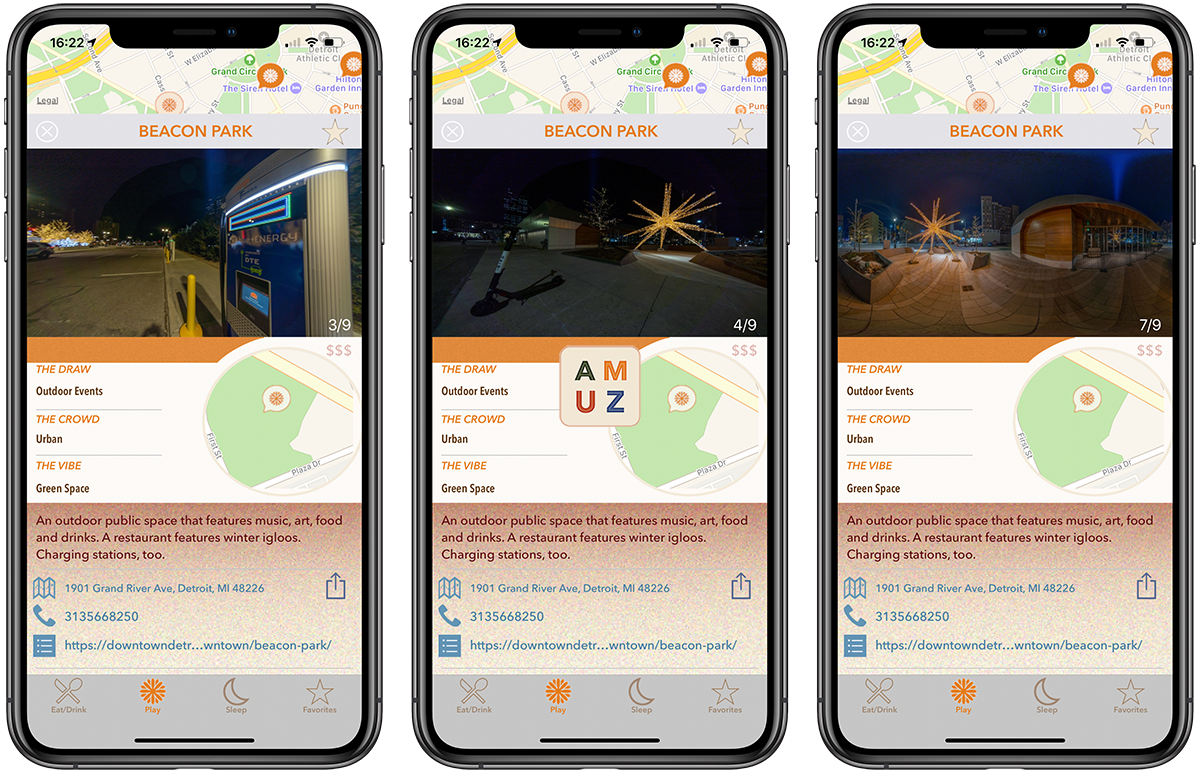 [1] Electric cars threaten to pull the plug on petrol stations