It was commissioned by William II (1154-89), the Norman ruler of Sicily, who wished to demonstrate the magnificence of his kingdom and outdo the splendid Palatine Chapel built by his grandfather, Roger II. The project employed both Sicilian and Byzantine craftsmen, resulting in a magnificent fusion of eastern and western influences.

It was designed to function as a Bible storybook. For centuries, early Christians debated whether or not images were appropriate in church. To solve this controversy — called the “Iconoclastic Controversy” — a pope called a convention, the Council of Nicaea, in the eighth century. The result? Images are OK if they teach the Christian message.

Legend has it that the idea for this cathedral came to William II in a dream when, during a hunting expedition, he fell asleep under a carob tree. In his slumber, the Virgin Mary appeared to him, indicating where a treasure chest was located—and with this loot he was to build a church in her honor. Legends aside, William’s ambition to leave his mark was the force behind the last—and the greatest—of Sicily’s Arab-Norman cathedrals with Byzantine interiors. Best of all, the cathedral in Monreale never underwent any of the “improvements” that were applied to the cathedral of Palermo, so its original beauty was preserved. 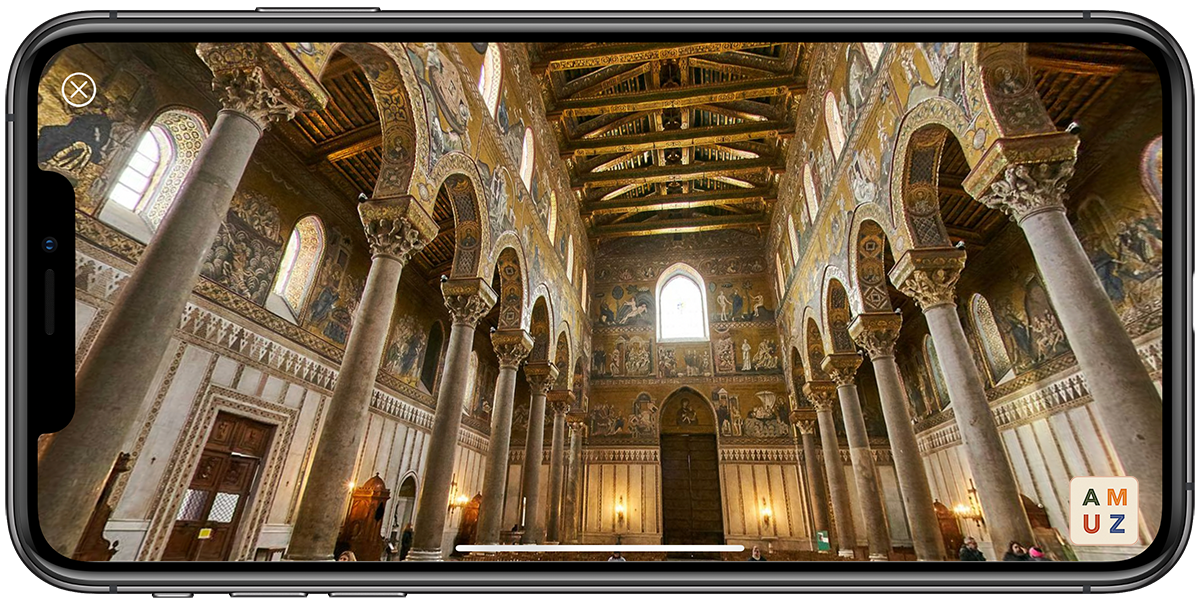